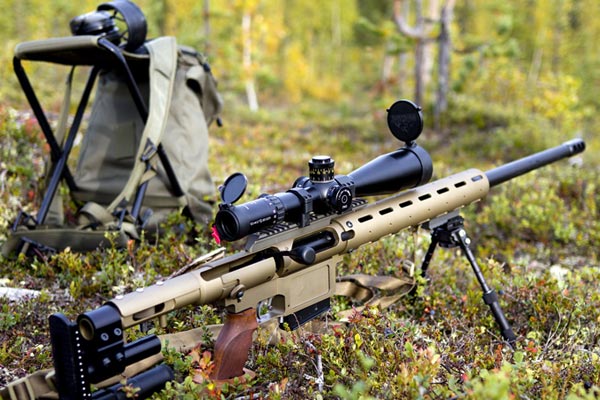 Airsoft is a game or sport that tries to mimic the situation typically experienced in gun battles between two opposing enemies.

But the game is kept safe by using tactical gear and equipment that are not lethal. And they are under the supervision of trained professionals.

What Is FPS In Airsoft Gun Battles?

According to Blog Airsoft Squared, FPS means feet per second. It defines the speed by which the BB travels as it leaves the muzzle of the gun.

In Airsoft guns, the typical BB is 6mm in diameter. FPS is the typical term that measures the airsoft gun’s ability to propel its ammo towards a given target.

When FPS is mentioned, it connotes the airsoft gun’s power and the weight of its BB.

Hobbytron says that the standard weight of a BB that is used on airsoft fields is 0.20 grams. Airsoft guns on the lower end of the scale usually can achieve 200 FPS.

The more fancy types are able to achieve 400 FPS. To give you an idea as to how fast a BB travels after it is fired from an airsoft gun if it travels at 145 FPS, it just like a car speeding on the highway at around 100 miles per hour.

How Is The FPS Of An Airsoft Gun Measured?

The FPS of a certain airsoft gun can be measured accurately by using a chronograph.

This device is like the gadget being used by police officers when they measure the speed of cars out on the highway. The police call them radar guns.

A typical chronograph is priced at around sixty dollars. You can easily buy one unit online.

What Is The Significance Of FPS In Playing Airsoft Gun Battles?

Why is there a need to measure the FPS of an airsoft gun? According to Wikipedia, before any airsoft game is played, the muzzle velocity of each gun that will be used will be measured by using a chronograph and is given in feet per second.

There are different ways airsoft games are played. Each type allows its own particular FPS measurement.

The offending airsoft gun will not be allowed or even be confiscated. For example, an airsoft sniper rifle typically has a higher FPS compared to a submachine gun.

There is a minimum distance requirement where a sniper rifle can be used to ensure the safety of players inside the field. It can’t be used in close quarter battles.

There are three different types of airsoft guns, namely the spring-bهased, the electrics and the gas-powered.

Each of these three different types has different FPS ratings. Let’s discuss them one by one.

Meanwhile, spring-based rifles usually have higher FPSs. These firearms are usually upgraded to 450 FPS and over.

Many players feel that spring-based rifles are useless at low speeds so they upgrade their firearms to higher speeds.

They adjust the speed by changing the spring. But spring power is differently measured by meters.

This is not a problem because meters can be easily converted to feet. The typical springs used are measured at M100 or M200 which is equivalent to 300 FPS and 400 FPS respectively if a .20 gram BB is used.

The FPS of gas airsoft guns vary and depend on the temperature in the field. CO2 guns usually have higher FPSs than green gas or propane guns.

But there are airsoft guns powered by green gases that have high FPS such as 500 and over.

Typically, the FPS of a green gas powered sidearm will not exceed 350. According to Airsoft Wikia, this is the reason why most gamers playing CQB or close quarter battles prefer green gas pistols.

AEGs have FPSs that includes all the FPSs of spring powered airsoft guns and even go over their limits.

The FPS of AEGs can also be modified and increased by changing the spring inside the airsoft gun.

However, speeds of more than 400 FPS are rarely seen since this velocity is not legal in many fields.

FPS Is Affected By These Factors

1. It does not really mean that a bullet traveling at 130 FPS can travel 130 feet in one second. This is only the velocity of the BB as it exits the muzzle of the gun.

There is wind resistance that has to be accounted for. But that is only one factor that can affect the FPS of an airsoft gun.

2. According to Answers Yahoo, the direction is another factor that can affect FPS.

The quality of the gun is also another factor as well as the weight of the BB, and also the hop-up setting.

All these things can affect the speed by which the BB or ammo will reach the target.

As soon as the BB leaves the gun’s muzzle, its FPS decreases. But the greater FPS, the greater energy or joules is carried, causing the BB to travel through the air faster. This enables the ammo to reach farther distances.

3. The common BBs used in airsoft battles usually weigh from .20 grams to .25 grams. A BB that is heavier will have a slower FPS than a BB that is lighter. But heavier BBs are less affected by wind. So, you need to balance things out to be more accurate in hitting your target at a certain distance.

If you want more info on this subject, watch this short YouTube video. It contains some pertinent information about FPS in airsoft guns.